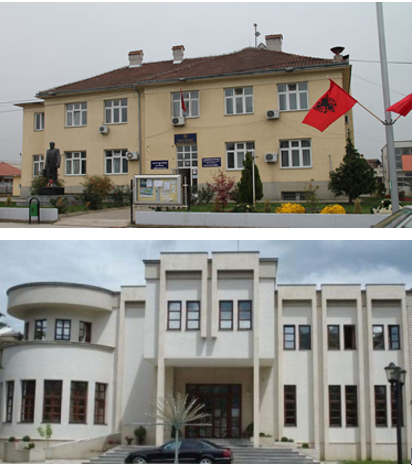 As a follow-up of the Professional Women’s Network (PWN) meeting, organized by Leadership and Growth Council, the Deputy Mayor of Suhareka, Mihrije Sukaj addressed the topic “The role of women in representing the executive of the municipality - experiences from past elections and prospects for future elections and Tringa Kasemi, civil society representative addressed the topic “The role of civil society in promoting women’s participation in local decision-making”.
Increasing women’s participation in public life is a key element for the development and democratization of a country. The inclusion of women in all aspects of political life is important not only because women make half of the population, but also because achieving a balanced participation of women and men in political and public decision-making is a matter of full mastery of human rights, social justice and a necessary condition for the better functioning of a democratic society.
In the Municipality of Suhareka for the first time a Deputy Mayor is a woman. Out of 10 directorates, three of them are headed by women (directorate of health, urban planning and inspectorate).
The Municipality of Suhareka consists of 10 assembly women members from all political parties.
“We also have the informal group of women which functions very well and I strongly support all of them in their promotion” - said Ms. Sukaj
Many women have been supported in many aspects by the Suhareka Municipal budget, various grants and from the Kosovo budget.
It is important to ensure that women’s voices are heard about decisions that affect their lives, the lives of their families and the wider community. These decisions affect women as much as men. Therefore, women should be involved in decision-making in every field and have equal power and numbers with men.
“We still did not achieve the gender equality” - said Ms. Kasemi, civil society representative, of the 13 directorates in Prizren, 5 are headed by women. “There has been great pressure from civil society in Prizren for the appointment of women in decision-making positions, and we have managed to get at least 5 women appointed to decision-making positions with that pressure” - continued Ms. Kasemi. Some women have not entered in the Municipal Assembly with a gender quota, a fact which makes them feel very proud.
With regard to the 2021 local elections, civil society should start pushing and pressuring political parties and holding them accountable.
Gender equality and women’s empowerment are not just human rights; they are also essential for achieving inclusive, equitable and sustainable development. Women’s political participation is key to these goals and political parties are among the most important institutions for promoting and developing such participation.