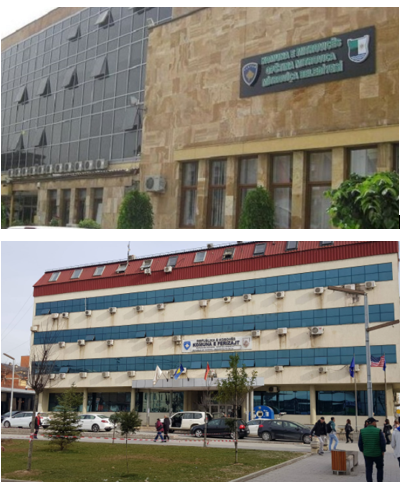 As a follow-up of the Professional Women’s Network (PWN) meeting, organized by Leadership and Growth Council, the chairperson of the Municipal Assembly of Ferizaj Kristina Bytyqi and Flutura Beka-Kamberi, Member of the Municipal Assembly of South Mitrovica addressed the topic “Representation of women in the Municipal Assembly - challenges and perspectives for the upcoming local elections “.
Despite legal rights and women’s rights, the skills, will and ambitions to prove themselves as successful leaders and managers, in the practice and Kosovo reality, of Kosovar society, tendency not being part of decision-making processes is high.
“The last mandate in the municipality of Ferizaj the number of woman leaders has been very small, while in this mandate there is a small increase, not a satisfactory in percentage, but it is a step forward” - said Ms. Bytyqi.
The role of the quota was also mentioned, where according to Ms. Bytyqi - “As much as it has a positive impact, the quota also has a negative impact, as men use the quota during elections, emphasizing that women have it as an easier opportunity to be part of the assembly, which in other hand affects women to get votes “.
Let us recall that the Law on General Elections in the Republic of Kosovo promotes and ensures gender representation in public institutions in Kosovo, setting a 30 percent quota for gender representation in the legislative bodies, at central and local level.
At the central level in terms of the selection of women in the Assembly, women stand better as they are almost equal in number. We hope that the trust of the citizens will increase and that more women will be voted. NGO’s and media can play a special role in promoting women by inviting them to various roundtables in order to promote their ideas and creativity.
The Municipal Assembly of Ferizaj for the first time is chaired by a woman and consists of 41 members where 15 are women (30%).
Regarding South Mitrovica, 90% of women assembly members of the Municipality of Mitrovica are engaged for the first time in carrying out various activities. The municipal plan for gender equality has been implemented, supported by D4D with a number of activities based on gender equality. The challenge was to remove political barriers to the interests of achieving gender equality.
Out of 14 directorates in Mitrovica, only 3 are women, which is only 20%.
According to Ms. Beka-Kamberi “The political environment is hostile to the aspirations and representation of women, in debates women are represented mainly for women’s issues, but not for major decisions such as the state, institutions, etc. Women still remain in threshold of 50% representation of quotas and decision-making processes at the local level